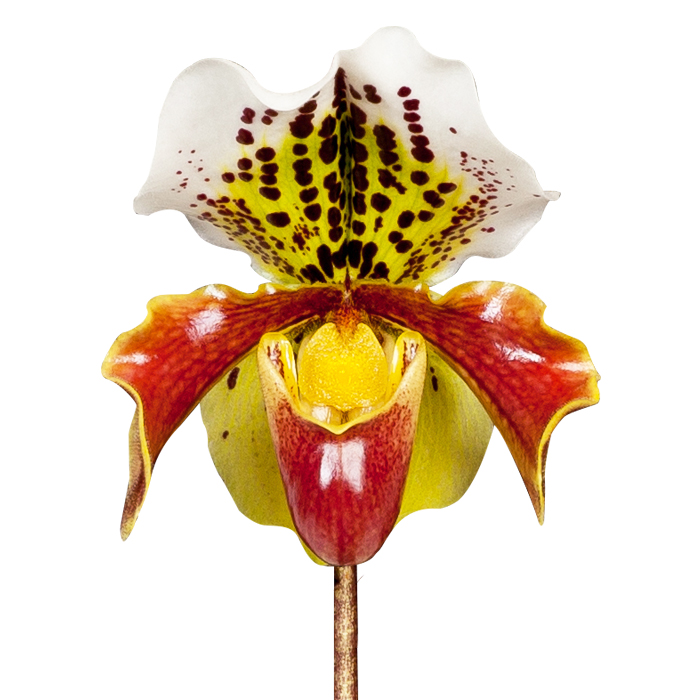 With its large flowers measuring 12 to 15 cm across, this is the King among the Paphiopedilums. Its chief characteristics are the large shoe-shaped lip and dorsal sepal with its variety of beautiful colours and mysterious spots. Chic and elegant, it is truly a must-have for your house!

The Maudiae Femma is P.P. Orchids’ own species and is one of the few Paphiopedilums  that is propagated meristematically. The Maudiae is named after our daughters, Femke and Marit. It is a unique, strong, fresh, green-coloured plant which can remain in flower for 10 to 12 weeks. 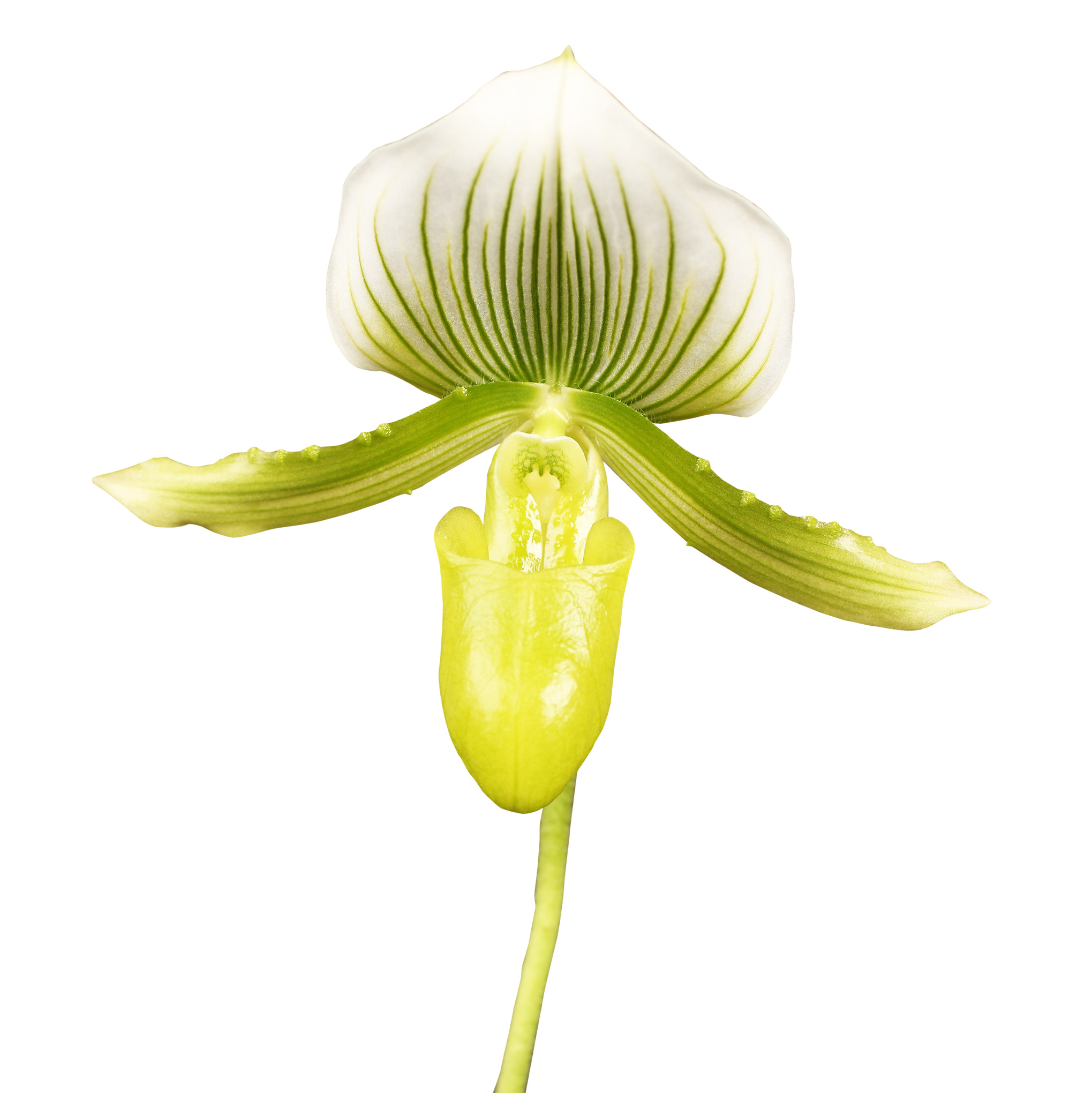 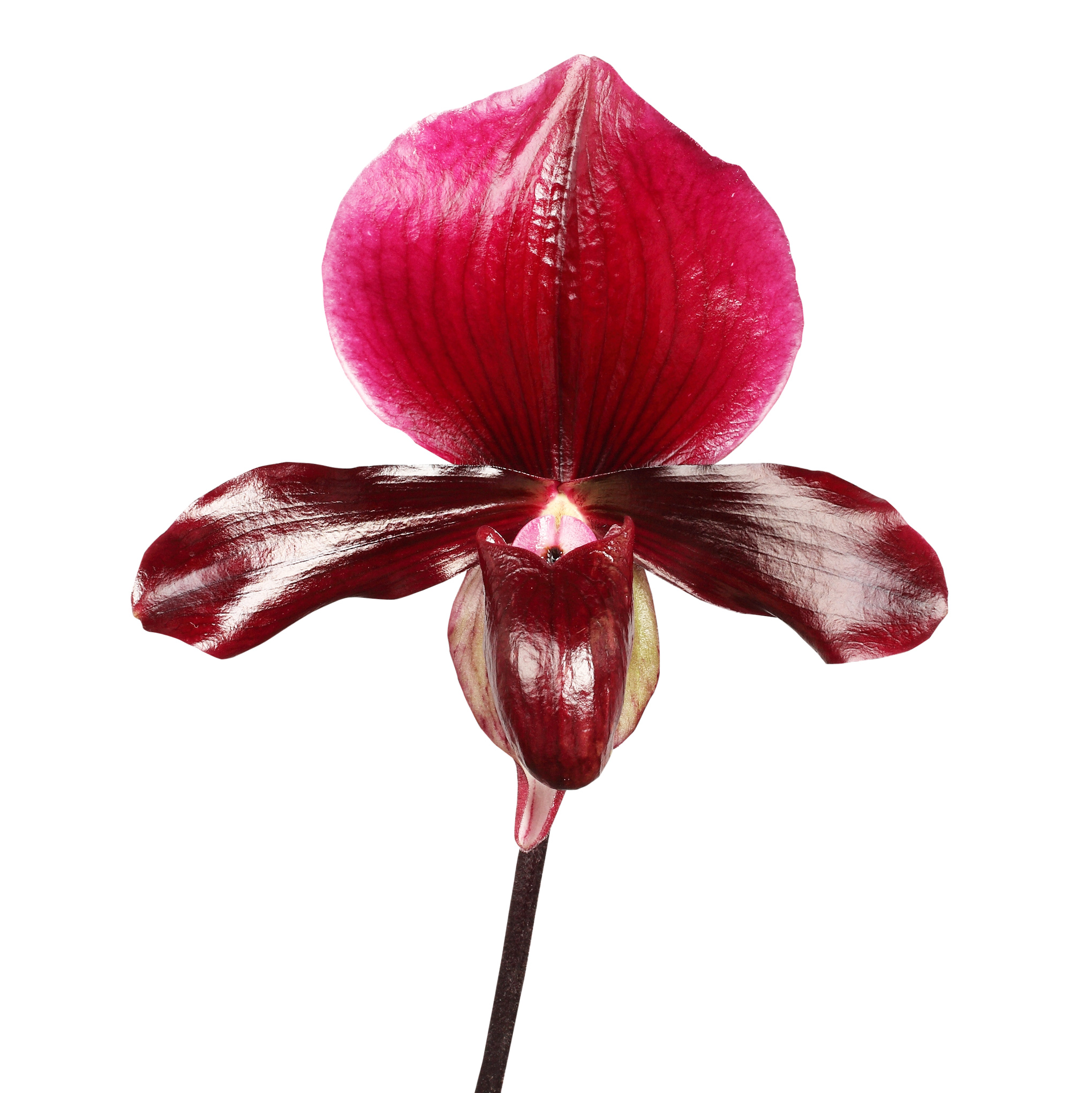 For anyone preferring dark, warm colours the Black Jack is the perfect choice. It is an extraordinary Paphiopedilum and its deep red /purple colour and lovely shape make it a truly designer plant.

The Pinocchio is a repeat blooming flower , after the flower has fallen off an other flower will grow on the stem. This way you can constantly enjoy the beauty of this flower. 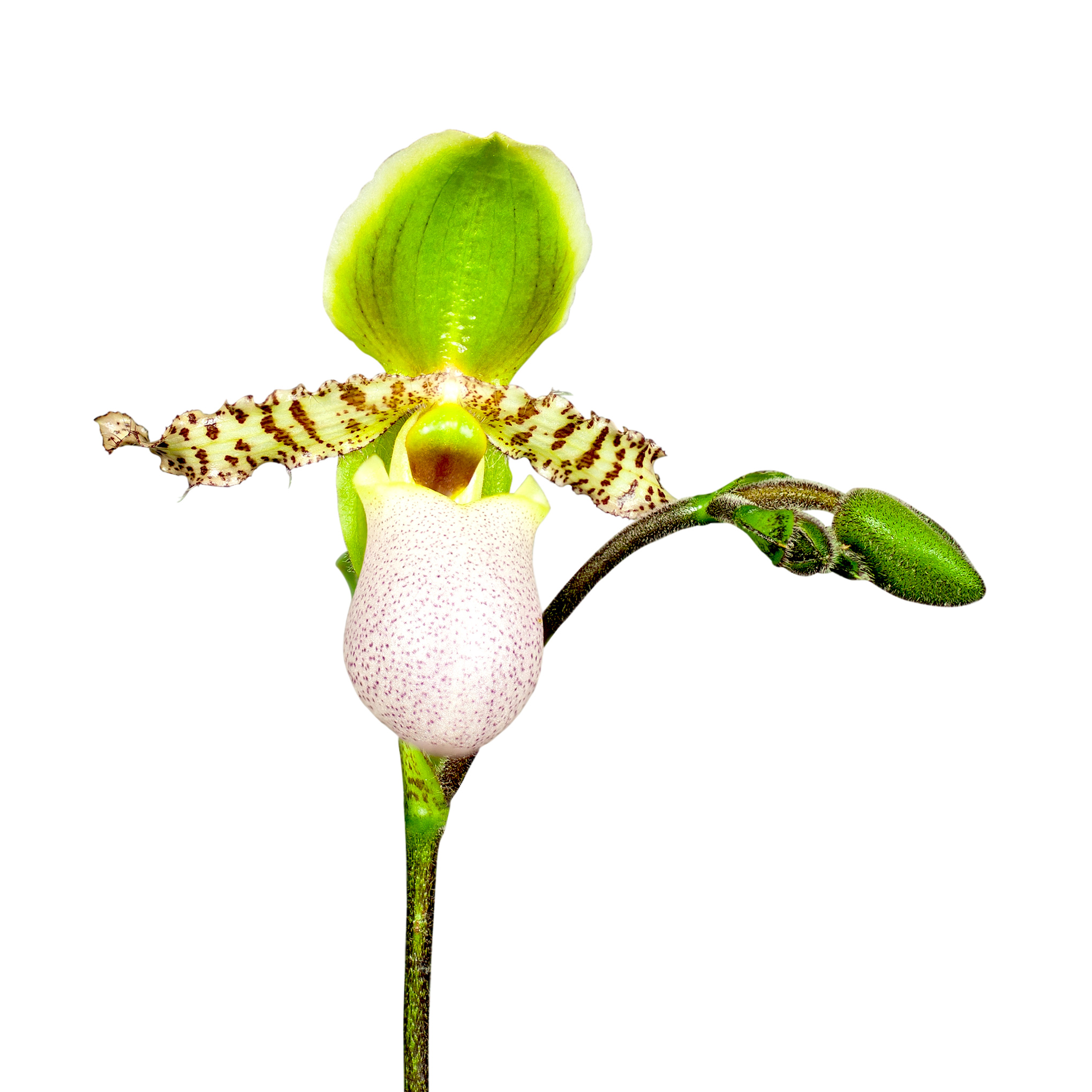 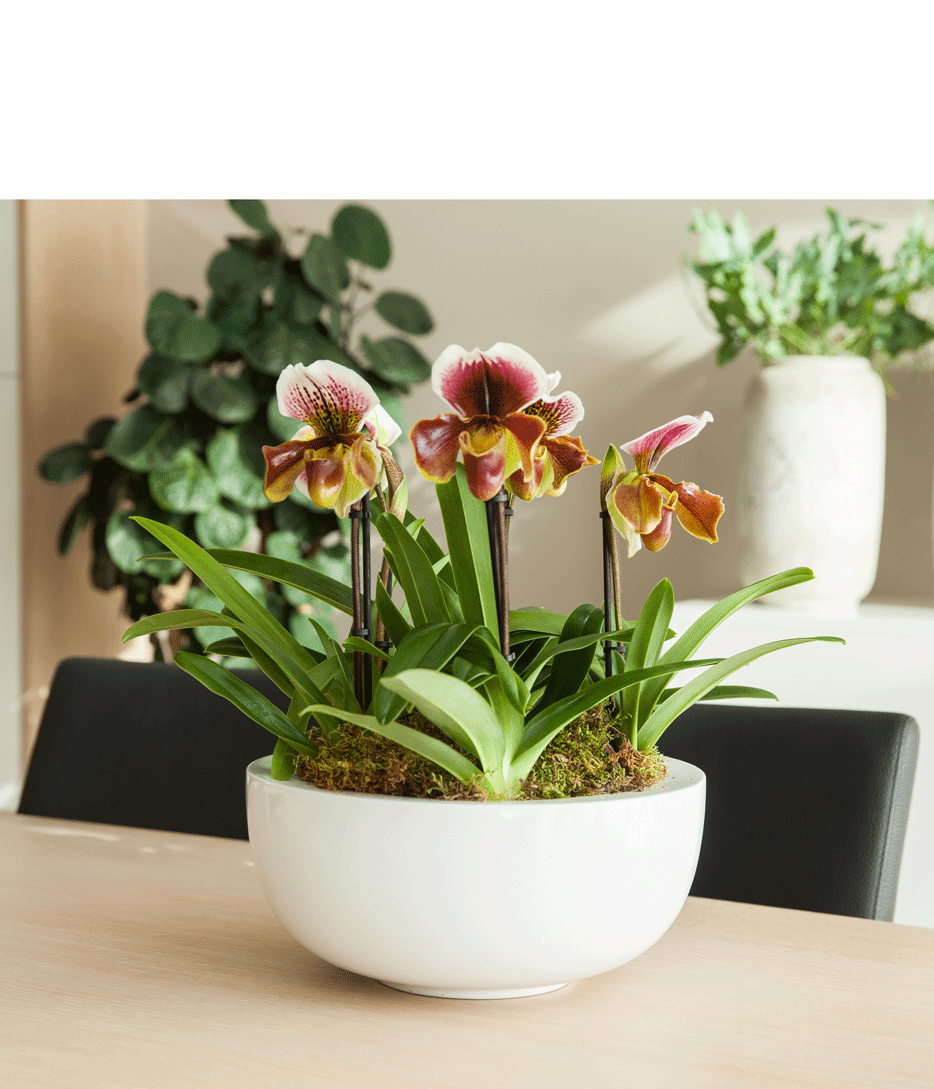 Each shoot blooms once and dies after a few years. Meanwhile he is making new shoots that can bloom again. Cut the old stem as far as possible. The Paphiopedilum blooms on a new shoot after about nine months. Paphiopedilums are shadow Orchids so do not put them in full sun. Water them once a week and during the summer a little more. Dip them in water for about ten minutes and allow it to drain well afterwards.

It is also important that no water remains in the ornamental pot. Give food once a month, but use only half the amount of food indicated on the bottle. 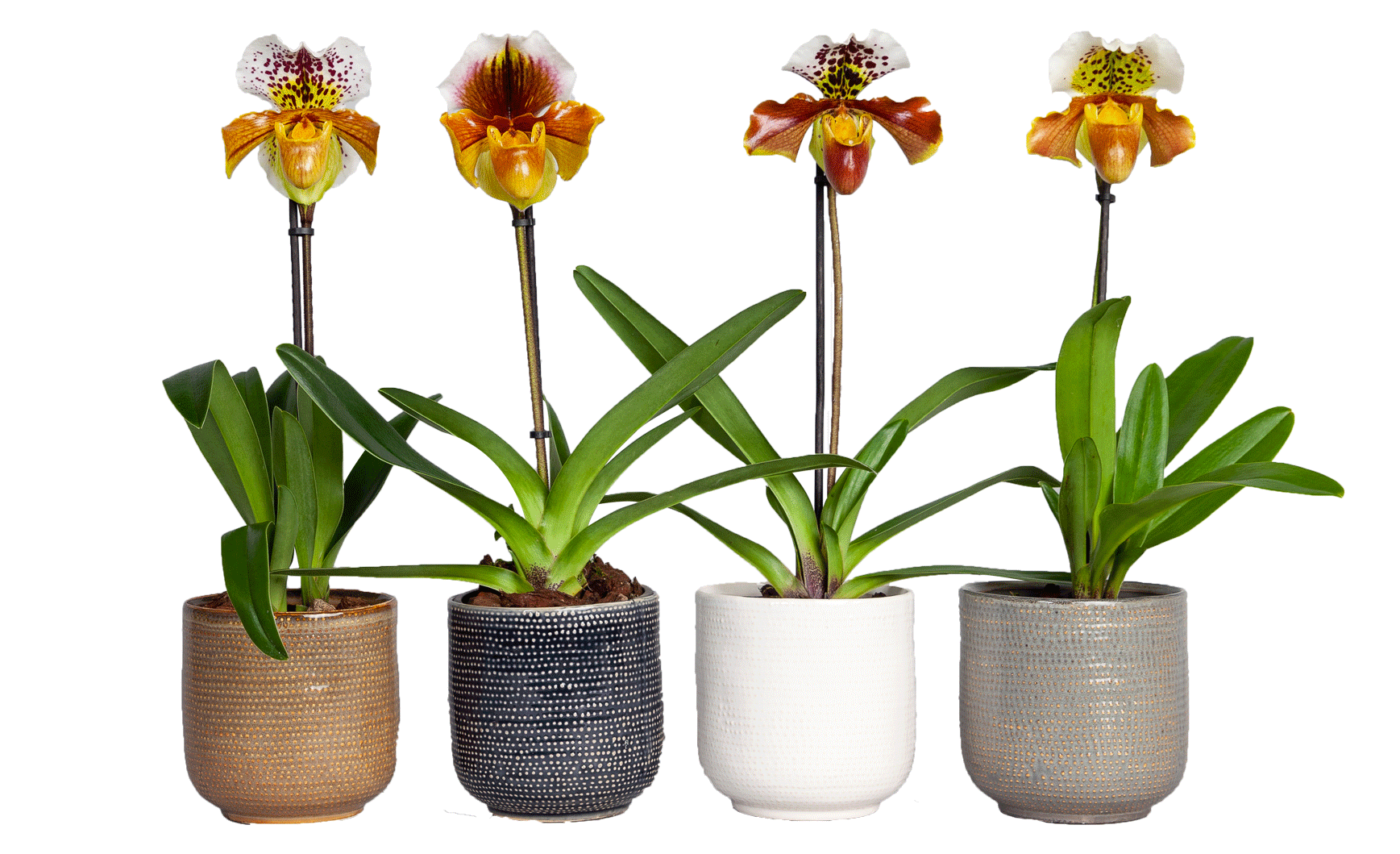 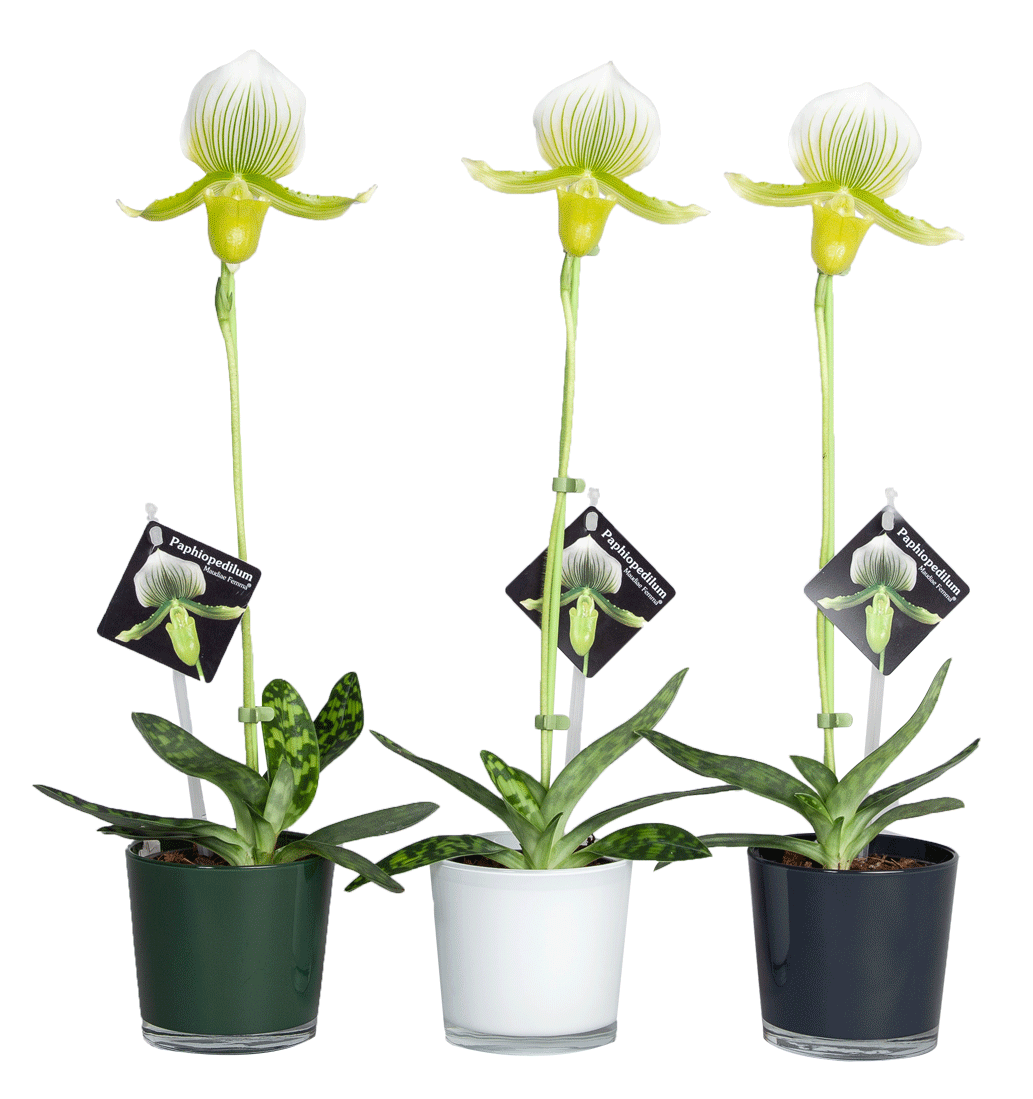 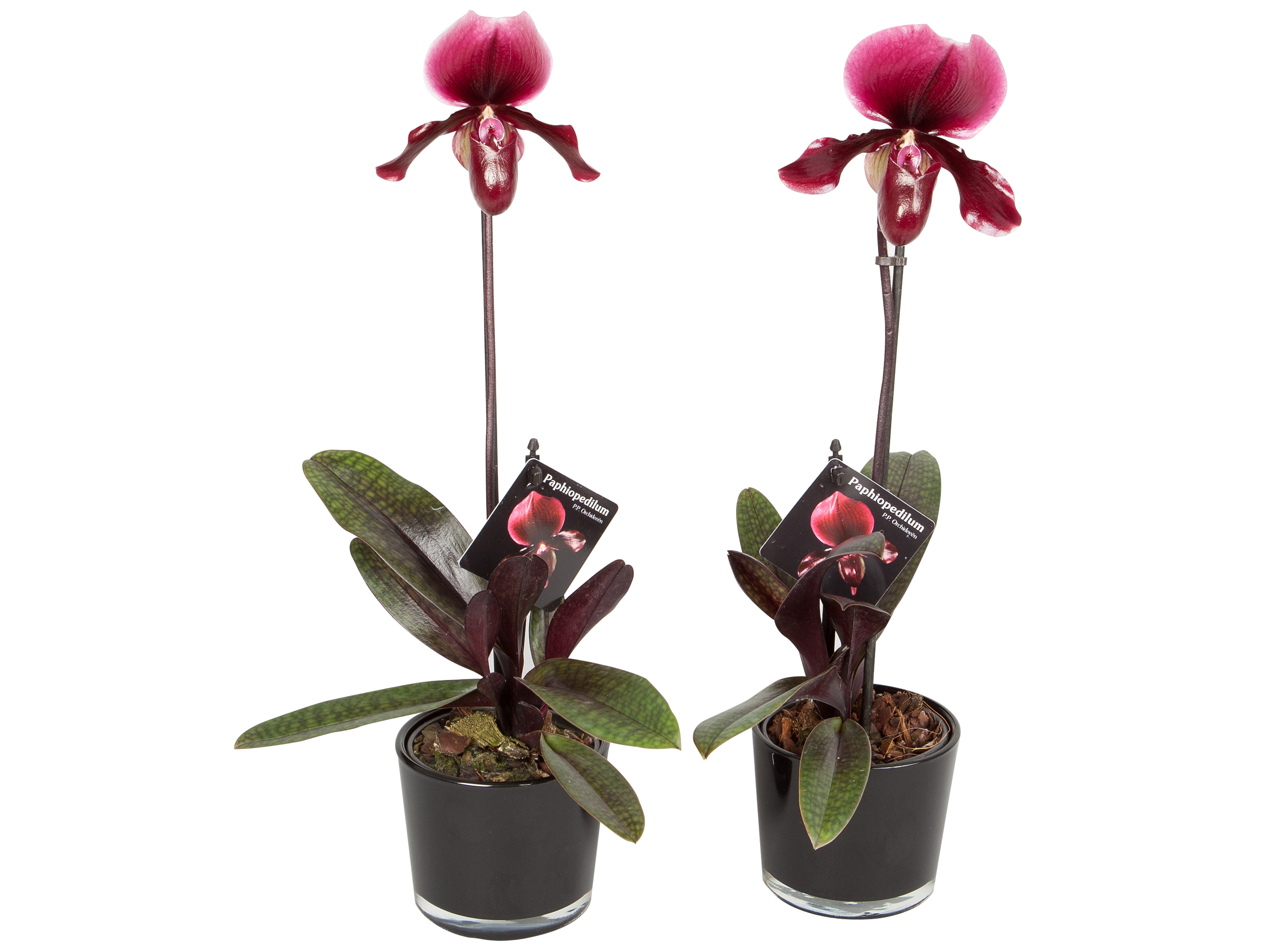